The world where mankind is divided into rich and poor is a culmination of oppositions. Exploitation and profusion, imbibition and draining, inclusion and exclusion, aggression and protection – these are the mechanisms behind the dialectic world of the affluent and the impoverished, the mechanisms that build wealth for a minority at the expense of the majority. These global dichotomies find their symbolism in the rising and rocketing, in the restrained and the demeaned, and in the armed frontier that keeps both spheres separate to the benefit of those in power. Christina Lag-Schröckenstein’s installation of four white towers enclosed by barbed wire tell of a humanity that ludicrously misunderstood globalization as an egocentric process devoid of fairness and balance. They tell of corporations that take resources such as water from people in order to sell it to them later. Of the myth of a free trade culture, whose initiators reserve the alleged freedom for themselves instead of sharing it with others. Or of the power circles in the heavily guarded, secluded summit conferences. There are people sorely lacking access to what nature would provide them with, people with no self-determination, or people with no knowledge as to who is actually interfering with their lives – either way, there is always someone sitting by a dead, dry supply line waiting for a drop of what they are refused. 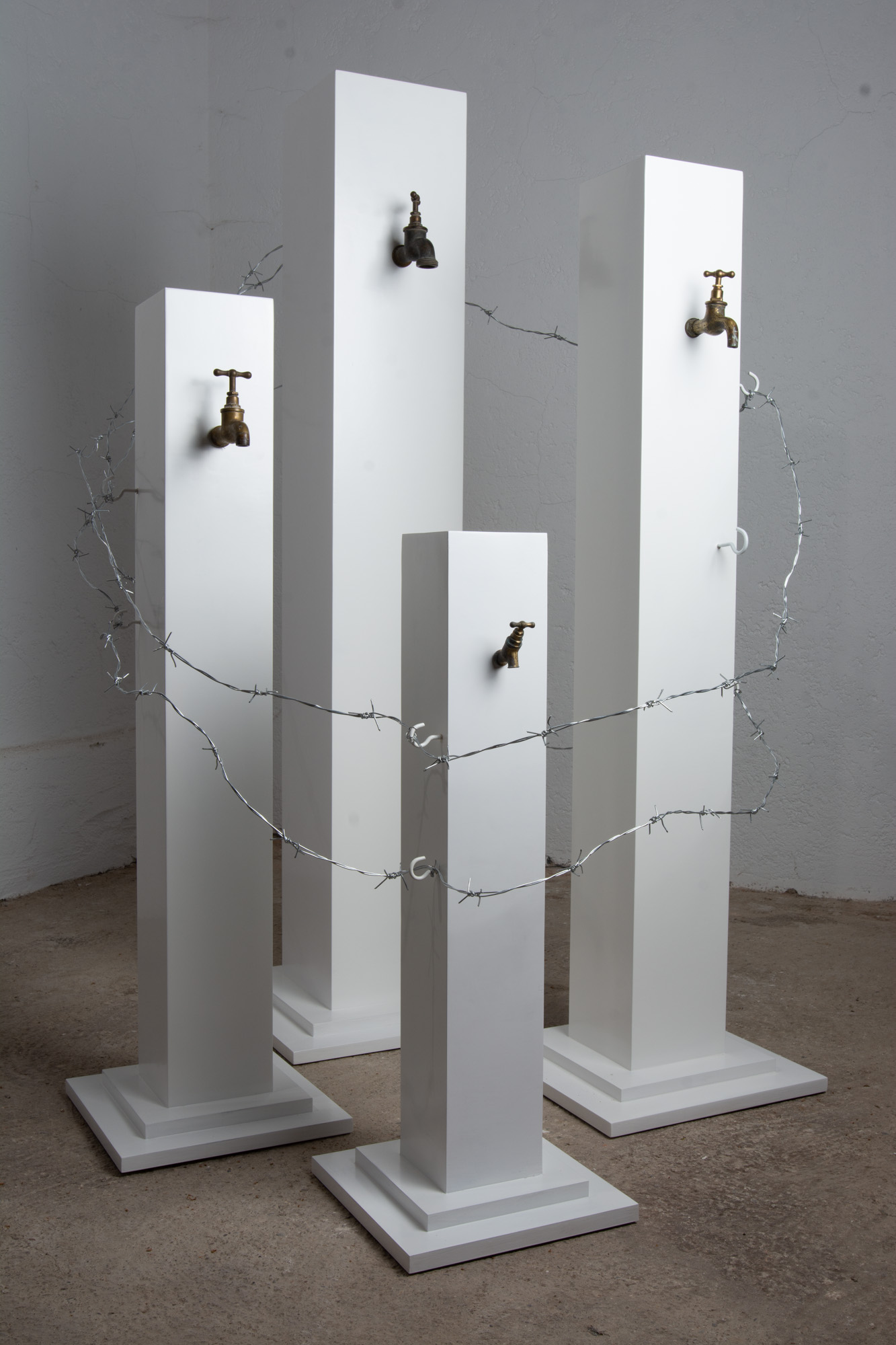